Group ran out of water during hike, the Pinal County Sheriff's Office said. 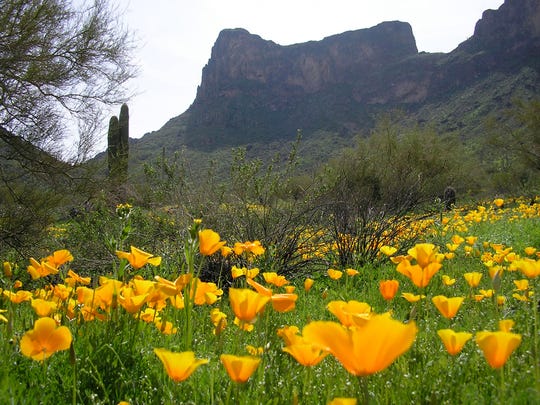 The group had water but ran out when they got to the top of the mountain, the Sheriff's Office said.

On the hike down, the teen began to exhibit signs of extreme dehydration, officials said.

Members of the group called for help and emergency responders attempted to resuscitate the boy but were unsuccessful.

The boy was pronounced dead at the scene, according to the Sheriff's Office.

The boy's identity was not released.

The Grand Canyon Council of the Boy Scouts is "deeply saddened by the death," CEO Andy Price said in a written statement. "This is a very difficult time for our Scouting family."

Grief counselors are available for youth members and adult leaders, he said.

"We offer our sincerest condolences to his family, and we will support them in any way that we can," Price said. "Please join us in keeping his family and friends everywhere in your thoughts and prayers."

The Boy Scouts of America website offers warnings about the dangers of heat and the importance of hydration while hiking. It says ignoring safety precautions can lead to illness or death.

The site also mentions several heat-related incidents involving Scouts, including a 17-year-old boy who died during a 20-mile hike.

Michael Sclawy-Adelman collapsed and died halfway through a hike in the Florida Everglades in May 2009, according to The Sun-Sentinel.

Temperatures at the time topped 90 degrees with high humidity.

READ MORE:Staying safe while hiking as temperatures near 100 degrees