The latest film from the Coen brothers is bloody, winking anthology of Western tall tales. 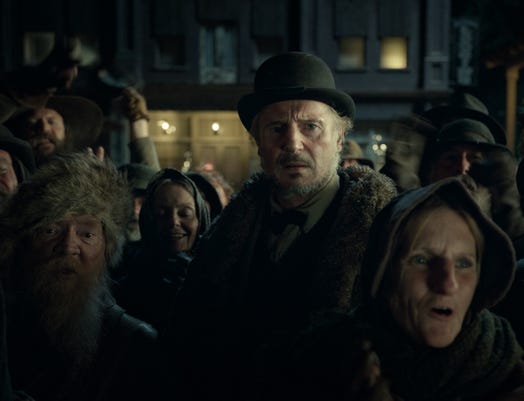 Liam Neeson plays the Impresario, a traveling theater man, in "The Ballad of Buster Scruggs."(Foto: Netflix)

Remember that feeling you had the first time you saw “The Dark Knight,” oh, about eight seconds after Heath Ledger’s Joker says, “How about a magic trick”?

There’s a moment like that early on in “The Ballad of Buster Scruggs,” the Coen brothers’ stylish anthology of macabre Western fables. Based on short stories written by Joel and Ethan, it started shooting as a Netflix miniseries and evolved into a feature.

The ingeniously choreographed (and lethal) trick comes in the first of six chapters, a blissful reductio ad absurdum of the Western genre starring Tim Blake Nelson as Buster Scruggs, a preternaturally perky gunslinger in a white hat who talks like the Beverly Hillbillies (“And if’n I don’t?”) and serenades his horse with yodeling ballads. He metes out frontier justice with a Mayberry grin and hand-eye coordination in the superhero percentile. And when he finds himself unarmed at a poker game, well … POW! BAM! WOW! 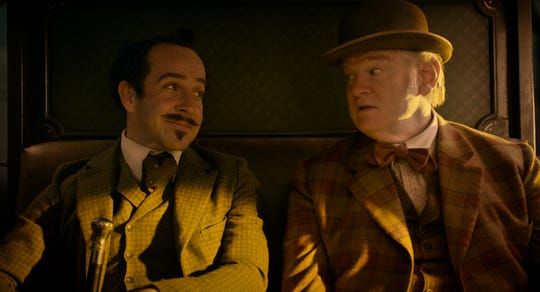 The Englishman (Jonjo O'Neill, left) and the Irishman (Brendan Gleeson) travel in "The Ballad of Buster Scruggs." (Foto: Netflix)

It’s the Coen brothers in “Raising Arizona” mode, wry, winking, over-the-top and blissfully insane. Other episodes tend toward the starker side (think “No Country for Old Men”), and the best of them achieve a powerful mythic resonance, despite the fact that the brothers’ tongues never quite fully leave their cheeks.

All of the stories, though, play around with genre tropes in the way that makes the Coens required viewing for film-studies students learning about postmodernism.

In “Near Algodones,” James Franco plays a dapper bank robber who makes a miraculous escape from justice, then has to brush up on the dictionary definition of “irony.” Tom Waits makes a rare (and always welcome) film appearance as a dogged prospector in “All Gold Canyon,” and Tyne Daly shows up for a spooky stagecoach ride in the finale — really more of a digestif — ominously titled “The Mortal Remains.” 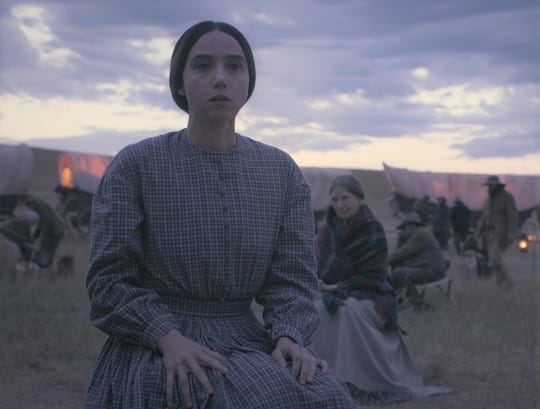 Each chapter adds to the body count, of course, but the real heartbreakers are Nos. 3 and 5. In “Meal Ticket,” Liam Neeson plays the Impresario, a traveling theater man whose star attraction — and his only one — is a posh English actor (Harry Melling) with no arms or legs, who recites Shakespeare and the Gettysburg Address to ever-dwindling audiences of grubby dirt farmers.

The first opening of the curtain is almost as much of a gut punch as Buster’s big bang, but the quiet, brooding (even repetitive) vignette is both tenderly convincing, in the performances and subtle details, and poetically suggestive — a parable of the impotence of art. 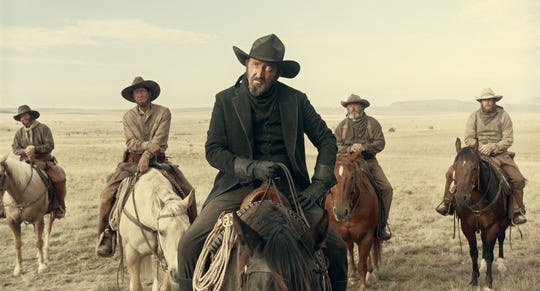 Ralph Ineson plays the Man in Black in "The Ballad of Buster Scruggs." (Foto: Netflix, Netflix)

With a filmography stuffed with masterpieces, the Coen brothers’ greatest trick is balancing the ironic commentary on cinema and storytelling with the dramatic impact of compelling human stories well told. And it’s a trick they pull off again and again.

‘The Ballad of Buster Scruggs,’ 4 stars

Rating: R for some strong violence